When they are not spontaneously combusting or crashing into parked cars (again, again, and again) autonomous vehicles are the coolest thing since sliced bread.  You want one, and so do I… as long as it doesn’t kill me (either accidentally or SkyNet style).

Autonomous cars are essentially sophisticated control systems and safety instrumented systems on wheels.  The design of the safety functions in these vehicles is governed by the international standard ISO 26262, which is itself an adaptation of IEC 61508.  Unsurprisingly, the principles of functional safety apply to these systems in much the same way they are applied in the chemicals (IEC 61511), nuclear (IEC 61513), rail (IEC 62279), and machinery (IEC 62061) fields, all of which are derived from the umbrella IEC 61508 standard.

In today’s post, we will provide a brief overview of the automotive ISO 26262 standard and highlight some of the key similarities and differences from IEC 61511.  This will be the first in a series of posts to fully cover the automotive standard.  By the end of these articles, you will be well on your way to becoming an automotive functional safety engineer!  Or at least a little closer.

[DISCLAIMER:  I am not an automotive functional safety expert. This post is written from the perspective of an IEC 61511 expert trying to interpret ISO 26262. My interpretations of ISO 26262 may be in error and should not be considered authoritative.]

The ISO 26262 standard, Road Vehicles – Functional Safety, was first published in November 2011 and consists of 10 parts, of which 9 are normative and 1 is informative:

For the remainder of this post, we will discuss parts 1-4 of the standard and highlight commonalities and differences from IEC 61511.

One of the obstacles to getting up to speed with any new standard is the new jargon.  ISO 26262 introduces some unfamiliar terms not found in IEC 61508 or 61511.  However, many of these terms are at least roughly analogous to familiar IEC61511 terms.  Some of the key vocabulary additions include:

The above is not nearly an exhaustive list, but I found that it is enough to start to understand the similarities and differences between the standards without being hopelessly lost in new jargon.  (Now I know how the non-SIS folks feel when we start talking about SIFs, SIL, PFD, HFT, DU, DD, etc.)

Many familiar IEC 61511 terms are also recognizable in ISO 26262, including common cause failures, systematic failures, diagnostic coverage, proven-in-use, and validation, to name a few.  Some important IEC 61511 terms (e.g. hardware fault tolerance, verification) are missing from the definitions list, but we will see later that these concepts are still there in the ISO standard.

Frankly, some of this new jargon seems entirely unnecessary, as the existing IEC 61508 terms seem completely adequate, but maybe I am biased!

Part 2 of the ISO standard outlines the process for management of functional safety and introduces the automotive safety lifecycle, shown below (click to see a larger version).

Some quick observations on similarities and differences:

The rest of the document includes discussion of other concepts familiar to IEC 61511 users, including: safety culture, competence management, functional safety planning, and verification.

The terminology for verification processes differs a bit from IEC, but the underlying concepts are very similar.  Part 2 outlines the following verification activities:

Further detail on verification is found in Part 2 Appendix D which details a list of required verifications.

While Part 2 of the ISO standard introduces the framework and concepts, Part 3 begins to delve into the details of the work processes, beginning with the Concept Phase.  The main activity in this part is the risk assessment, and the main deliverable is the Functional Safety Concept.

This section introduces the “items”, “elements”, “systems” terminology defined above.  The standard then shows how risk assessment must be performed on an item.  This is a key difference from IEC 61508 and IEC 61511, neither of which mandate a particular risk assessment methodology.

The process, called the ASIL Determination process, is fairly straightforward.  It consists of the following inputs:

These three inputs are fed into a risk matrix:

Note that ASILs are assigned to safety goals, which are roughly equivalent to HazOp or LOPA recommendations.  This may be a little confusing, because later we will see that ASILs can be “decomposed” so that multiple elements can be combined to meet the ASIL requirement.

This section defines the required content of the Functional Safety Concept, which is what is sometimes called the initial SRS, i.e. the SRS that includes the basic safety requirements without any design details.  The section also introduces Technical Safety Requirements Specification, roughly equivalent to a detailed SRS such as we might produce in FEED package

The hierarchical structure of the safety requirements specifications in ISO 26262 is one of their more interesting innovations.  I have long that that the SRS definition in IEC 61511 did a poor job of conveying how the SRS is a living document (actually a set of documents) that develops throughout the safety lifecycle.  The ISO 26262 approach gives some much-needed structure to the SRS development, and the process industries should learn from this approach.

Once Part 3 has developed the Functional Safety Concept, Part 4 gives the requirements for the Technical Safety Requirements Specification (TSRS).  For example, some items required to be covered by this specification include:

The TSRS defines the function-level details of what the safety systems must do.  So, it makes sense that this is where ASIL Decomposition is introduced, i.e. breaking down the ASIL requirement for a Safety Goal into more than one lower ASIL allocated to different elements.  This is entirely equivalent to what I would call “stacked SIFs”, i.e. using a SIL1 plus a SIL1 to meet SIL2.

This post covered Parts 1-4 of the ISO 26262 standard for automotive functional safety and compared it to IEC 61511.  Key takeaways should be:

The next post will be entirely dedicated to Part 5 of ISO 26262.  This part gets in to the details of calculating ASIL and other metrics.  It will become very clear that ASIL is not the same as SIL!

Thanks for reading! To ensure you don’t miss anything, please follow us on LinkedIn and sign up for our monthly newsletter.

Before you go… Last week I mentioned all the benefits of Amazon Prime, including free Prime Video. You should check out the new Amazon Fire Cube, which combines the intelligence and home automation of Alexa with Fire TV: 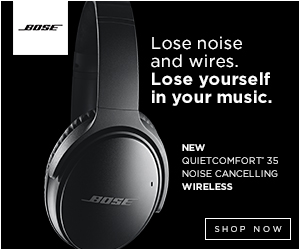 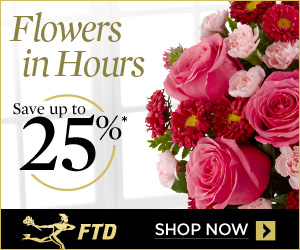